In 1977, the idea of a road race by women, for women was laughable. Though Title IX legislation had been in effect for five years, female athletes rarely appeared in the sports pages of newspapers. There was even lower regard for women’s running, much less a female race director. But Dusty Rhodes was undeterred.

“There wasn’t a women’s road race in Boston,” recalls Rhodes, “and that was the very challenge why I wanted to do one.”

Rhodes rolled up her sleeves and got to work, but found it hard to break into the Old Boys’ Club of race directors:

“I called up Will Cloney, director of the Boston Marathon at the time and asked, ‘How do you do a road race?’ He said, “We just shoot a gun in Hopkinton and let ’em rip.’” Other attempts at getting advice were similarly vague: “I started talking to everyone I knew who was a runner – mostly men – and I didn’t get much input or support. I realized I was going to have to do this by myself.”

To make the inaugural Boston 10K for Women (then known as the Bonne Bell Mini Marathon) happen, Rhodes did it all, from securing sponsorships to setting up the race. “I was chef, cook, and bottle washer. I was everywhere. I was setting up barricades, setting up finisher chutes,” says Rhodes. 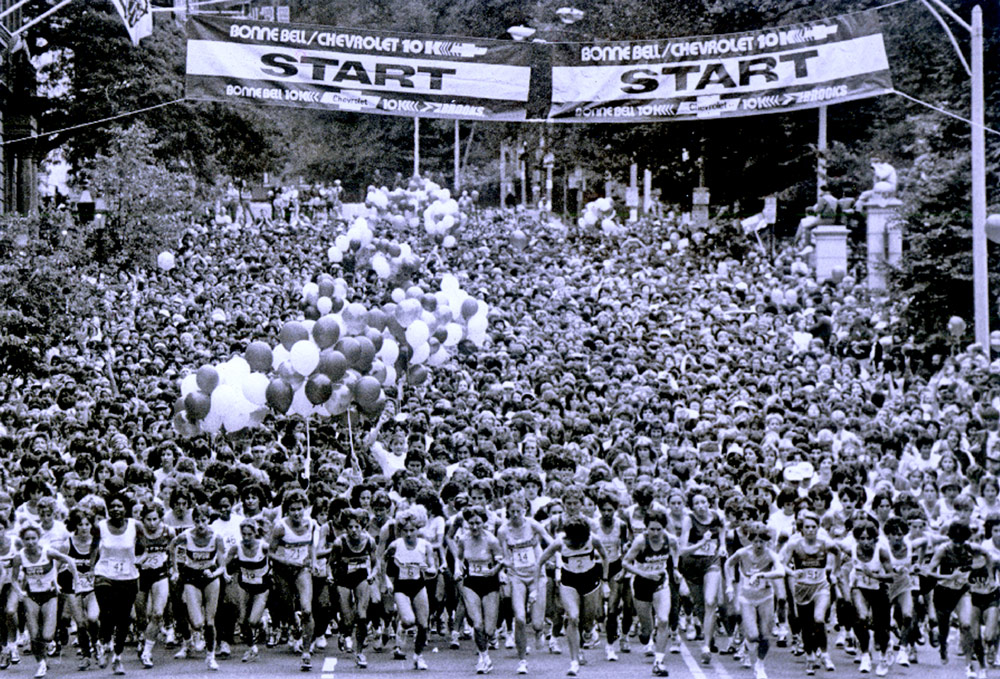 And then she waited. Would people take her – and her new race for women – seriously? She wouldn’t know until it was time for the starting gun to go off. Rhodes nervously waited as she watched runners arrive; first as a trickle, then a deluge.

That first year was full of learning experiences for Rhodes, from the course itself (“There were 17 stairs on the course!” Rhodes laughs.) to the finish-line experience, where there was a minor backup in the finisher’s chute as race sponsor Bonne Bell Cosmetics distributed flavored lip balms to racers. But it was still an overwhelming success. The Boston Women’s 10K was clearly going to go the distance.

Four decades later, the race has established itself as the premier event for women’s running, with thousands of participants each year. Along the way, it has also hosted several U.S. championship events and multiple U.S. records.

Rhodes is still very much a part of the event today, though she isn’t doing it alone. The race has a bigger crew to help ensure a perfect race day for all participants. As she looks back on the growth of the event, she can’t help but feel proud of how the Boston 10K for Women has evolved from a race to a full-on movement.

“When we first created the race, we were intent that it be covered on the sports pages as a sports event. Getting a women’s event on the men’s dominated sports pages – that was a big goal we achieved. It still is, and we get great coverage, but these days there are more barometers for success than being on the sports pages. We see so many women improving their lifestyles and their health in training for and competing in our race. They may not be vying for the win, but they are making remarkable personal strides, and we’ve enjoyed having our race play a role in that journey. To see so many women embolden themselves at our race, and to have a great time doing it – that’s great to see.” 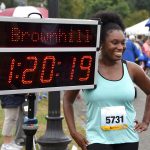 Linda Epstein, a force of nature 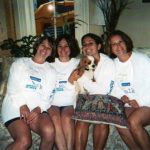