Since 1977 we have united runners of all abilities in a day
of strength, speed, and solidarity. Our focus is on:

No matter if you are a first timer or a veteran, racing takes courage. You set goals, trained hard, and overcame obstacles to get to this start line. Embrace the experience and smile wide.

Running spans generations, abilities, languages, and ideologies. There’s a sisterhood among runners, and at this race, that sisterhood engenders resounding, lasting, and growing pride. We’re in this together.

To the women building the confidence to go further or faster than before, to those who realize they are stronger than yesterday, who have the passion and toughness to keep going, this Finish Line is yours! 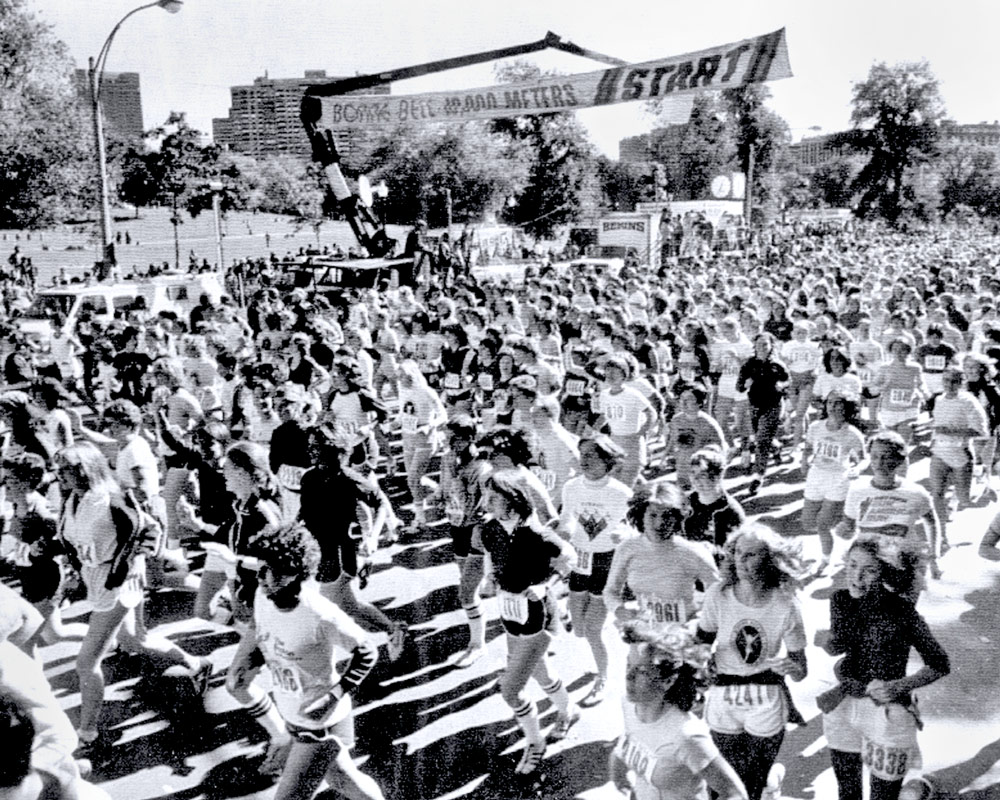 Every year in October, women of all ages and abilities gather at Boston Common to race 6.2 miles through Back Bay, into Cambridge, and back.

Today, thanks to a dedicated team of volunteers, organizers, and thousands of runners, the race remains the second longest-running all-women’s sporting event in the World.

In 1977, Dusty Rhodes met with Jess Bell of the Bonne Bell cosmetics company with the idea of bringing an all-women’s race to Boston. They met in Central Park, discussed the details on a park bench, and the Bonne Bell Mini Marathon was scheduled for October of that year.

Rhodes passed out flyers around the city, chasing down runners one by one to tell them about the event. Although only 200 women were expected to run in the inaugural race, 2,231 women showed up and women’s racing was here to stay.