I have always been an individual participant in the 43 year Bonne Belle, Tufts, and now Reebok Boston 10K for Women. I had just begun running with a few friends in my hometown of Wayland after “downsizing” to half time in my work as a Licensed Independent Clinical Social Worker, and when my children, now aged 57 and 55, were both needing (and wanting) less from Mom.

The highlight of my efforts through this 10K race has been the friendships with the other women, whom I usually see only once a year, but feel very close to, for our shared excitement and passion. We email now and can keep in touch more often, which is fun. Another highlight has always been seeing Ted Tyler, Mary’s husband, every year on the Mass Ave Bridge, taking pictures of us, then 15 or 16 women. My family used to come to watch but began to have other priorities to attend to on Columbus Day. However, my daughter-in-law, Laura, who now runs the Boston Marathon in April, and my granddaughter have now joined the group. My son, who is also a runner, has also joined in off and on throughout the years.

The first year I ran this 10K was the same year I had to have a hysterectomy for fibroid tumors, so, though I have not been into competitive sports, I needed to pick myself up by the “sneaker straps” to challenge myself. One year, I broke my wrist in a fall, which left me in a cast on race day. I considered not running, especially since that was the year it rained, but one of the other runners suggested a plastic bag to cover, so pride again and pushes from others did the trick

Over the years, I always get accolades from family and friends who know where to find me at noon on Columbus Day. I had one friend from my hometown with whom I had tea that morning at the Four Seasons every year, and she faithfully held my sweatshirt if it was warm. (It has only rained once in all these years, if I remember correctly!!)!

As a mental health professional, I have always believed that exercise was a necessary adjunct to good feelings. When I worked at Mass Mental Health Center in Boston, I was so impressed with the experience of how the care-giving efforts of Post Partum mothers in the special project of “The Baby on The Ward” enabled their recovery. It was a chance to exercise their labor of love. That transferred and has surely helped me get through life’s developmental challenges.

I am now a “walker” in the 10K Columbus Day event, to protect my aging hips, which, most definitely due to running, have never been a problem, nor have knees. Relative family genetics reveal the difference. However, after my first race, I visited my mother and “confessed” that I was running and completed the Bonne Belle. (She thought I was “doing too much”)—she who raised 6 children! She told me then that my father had run the Boston Marathon in 1908!! Wow! I have 4 other paternal family members who have done the same. I have always wanted to do Boston, but I get so much pleasure from Columbus Day, it lasts all year!! 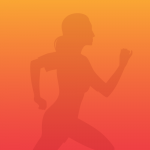 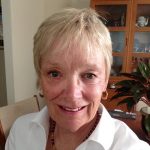